Rethink a district of Stuttgart

Make an abstract plan to accomodate varying numbers of inhabitants

Use data for better evaluations and decisions

The district in Stuttgart

First a grid of 100m sized squares was created, overlayed on the area and aligned to the street and river axes.

Squares going beyond the development area were cut. Space was made for a park in the middle.

Each square was divided into smaller squares with a length of 11 by 11 meter. 11m is the optimal depth for rooms to get a maximum amount of light penetration.

Interiour squares were cut out to create perimeter blocks.

Manually placed attractors (portrayed by circles, diameter equals the radius of influence) decided where to cut squares in order to loosen up the perimeter blocks.

The cut version was reviewed and tweaked.

Shop data gathered mainly from open street map was cross referenced with the number of inhabitants to calculate a proportion of inhabitans per shop, for 70 different kind of shops. Each cross represents a single shop. The number of shops is relative to the selected amount of inhabitants. An attractor was placed to create a distric center and distribute the shops accordingly.

Shop crosses are placed inside the created buildings. The area each shop needs was researched on a per-shop basis.

Workplace crosses are placed inside the created buildings. The area for one workplace was set to 14 square meters.

Accomodations are attracted by the park and the district center, but are repelled by the power plant. The number of people are defined as an input to the script. Each cross represents two people.

Accomodation crosses are placed inside the created buildings. The area for one accomodation was set to 40 square meters per person. Different kind of living situations, including alone, in pairs of two and fours were considered. 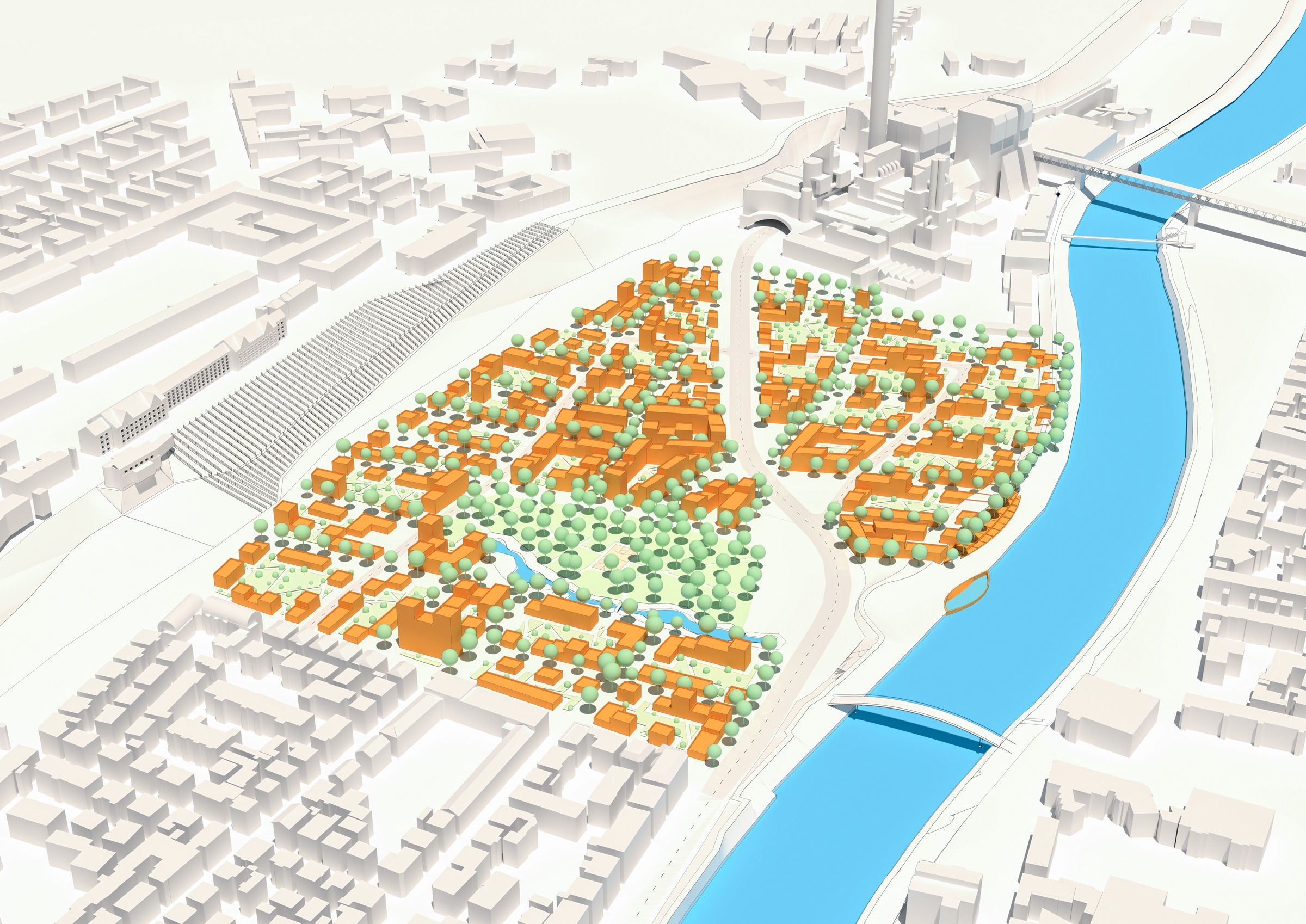 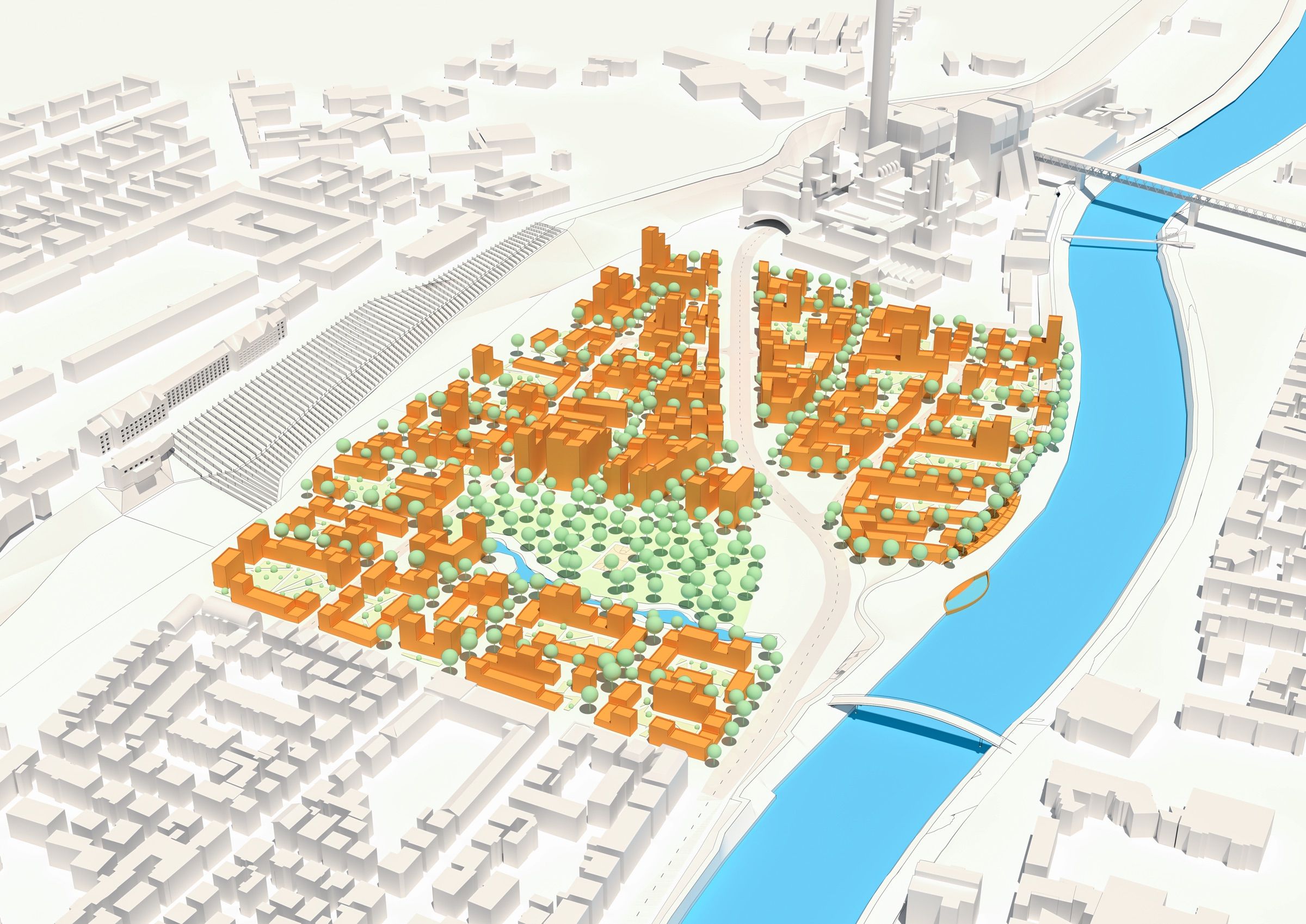 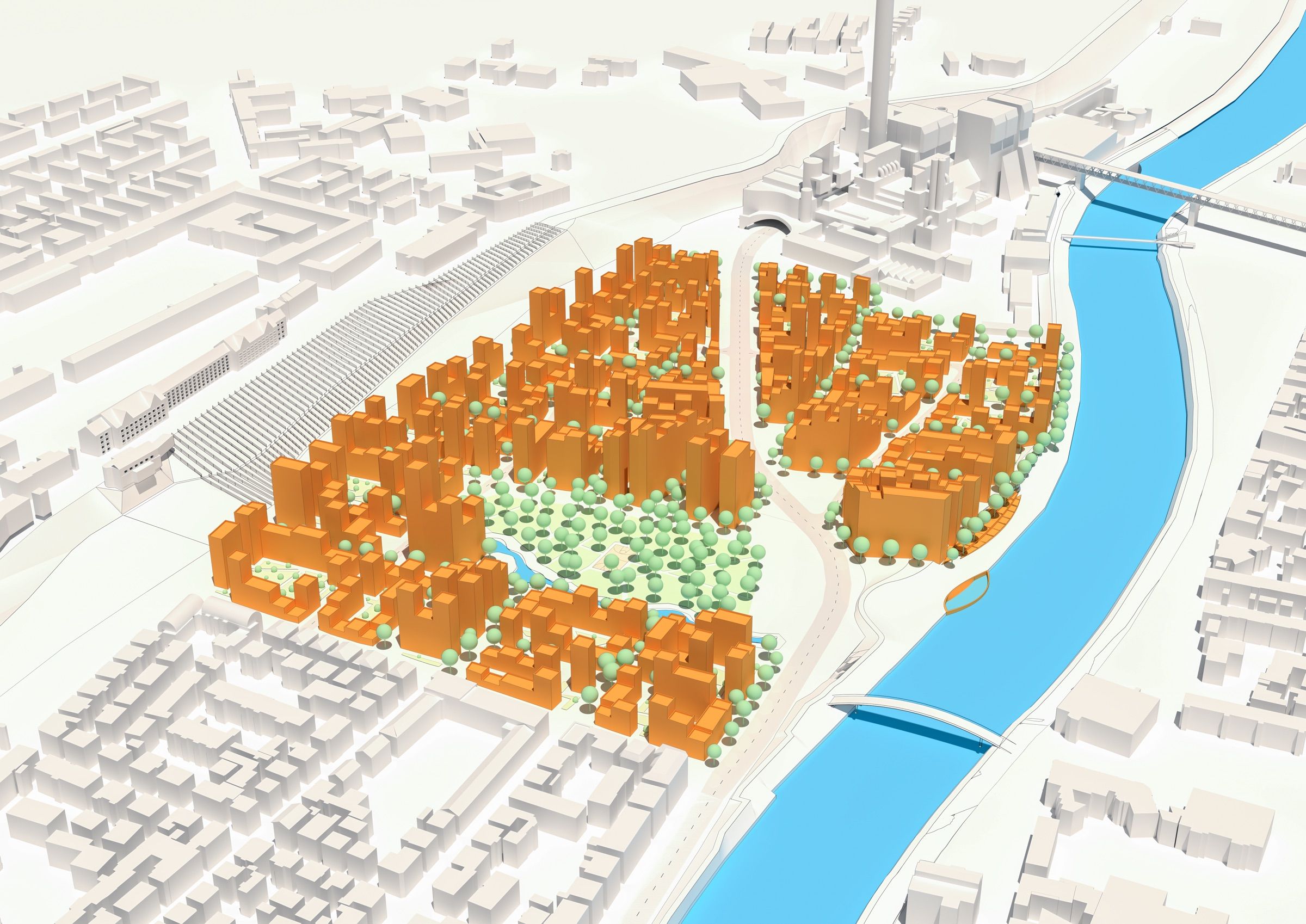 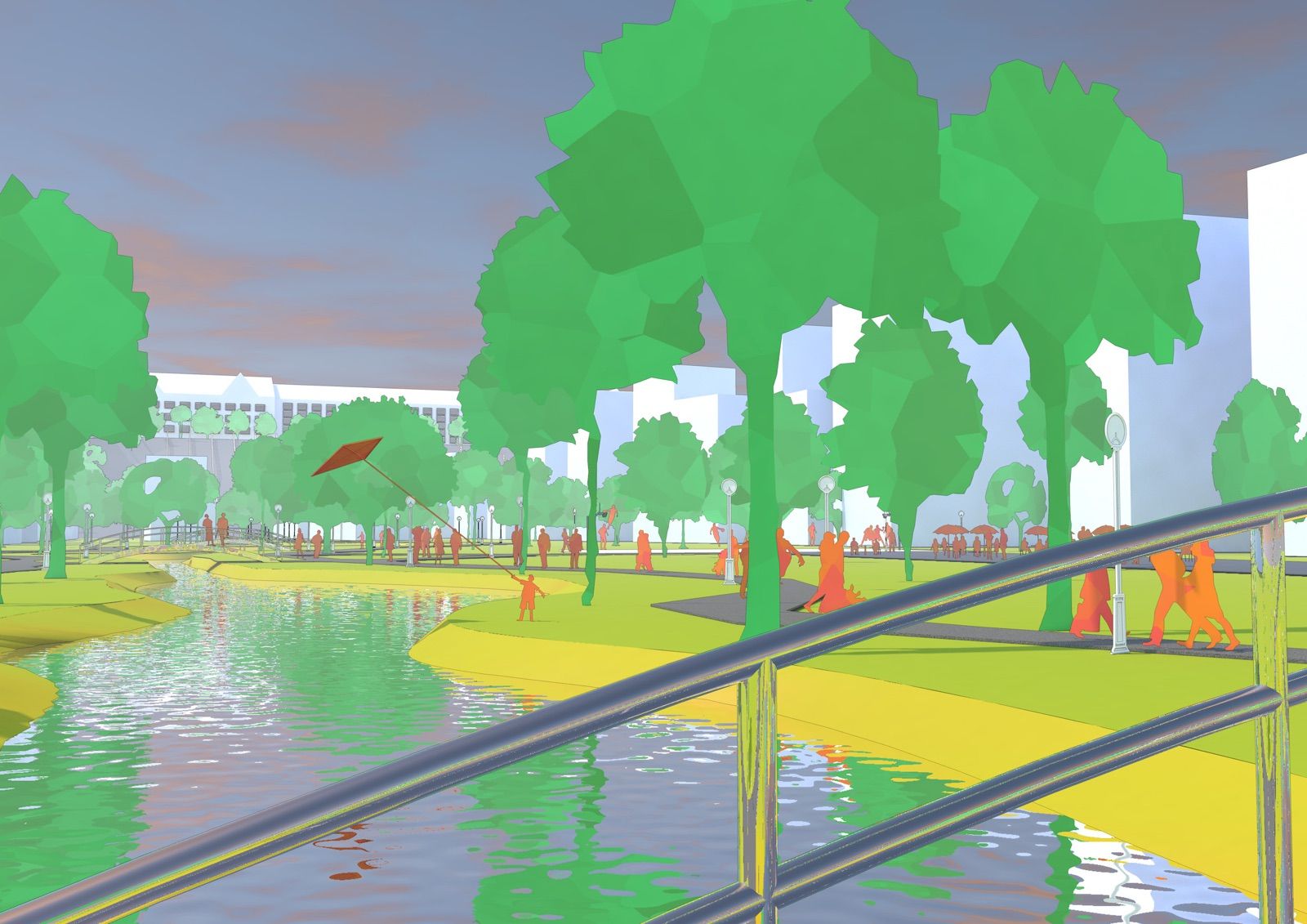 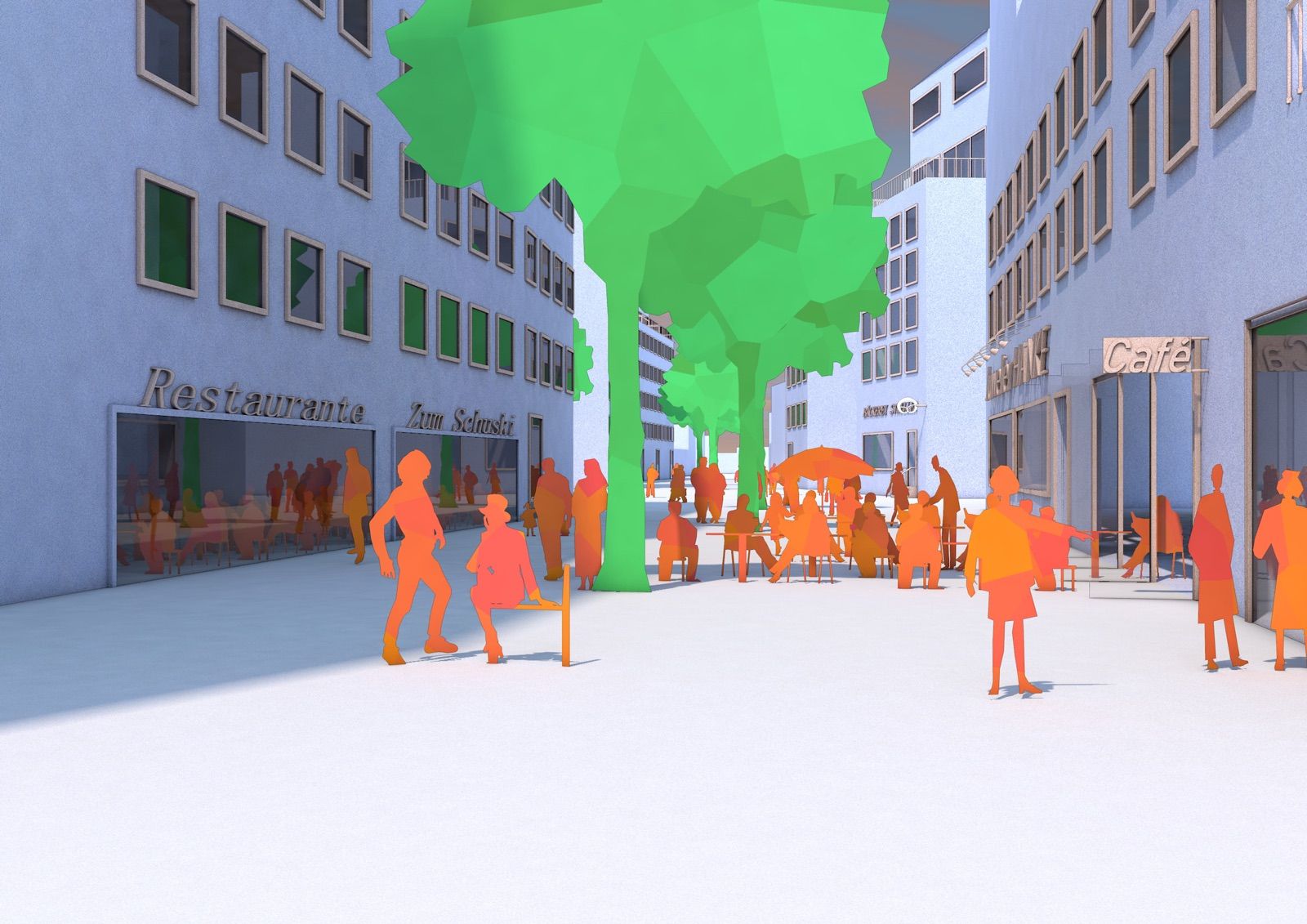